One of the most influential Canadian celtic bands, the Rankin Family opened the doors for numerous other successful East Coast celtic acts. The band was initially known as The Rankin Family, and then shortened their monkier to The Rankins as their sound progressed towards country. The band broke up in 1999, and its members pursued solo careers. 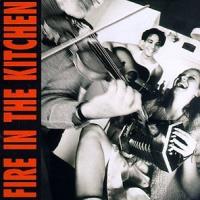 Fire In The Kitchen